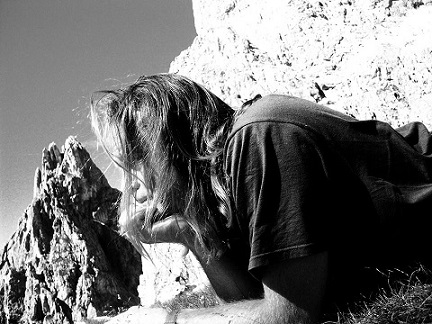 The musical instruments I play the most are the guitar and the harmonica.

My music is pretty much acoustic rock'n'roll, my lyrics about myself. I am Italian, but I've lived in Scotland, Ireland and the US. Hank Williams is my favorite artist, Guinness my favorite drink, Edinburgh my favorite city, John Steinbeck my favorite writer.

I used to paint in the past, if you click on the "paintings" link you can see what my work was about.

I play solo gigs and I love busking. Some musicians occasionally join me and in this case my shows are listed as "Lorenzo Romagnoli & The Moonshine".

Playing my guitar and harmonica in the streets of some old town is amazing. I am a busker.

I live in Ancona, Italy.

To book me, check our my "Contact Me" page or send an email at fromscrabster@yahoo.com